Good morning everyone!  Peter and I are getting married today!

It’s going to be a gorgeous, partly cloudy, 79 degree day. Since this is Michigan, that means it will be snowing by 2pm (LOL! But seriously, it could).

In the event that the weather changes, the ceremony will take place in the Fairlane Room.

As of this morning, we’re still scheduled to be outside! Just look for signs in the lobby or any Dearborn Inn staff member if you need help finding us. They’ll know where we are, or they will find out for you.

We have a hashtag for the wedding! Whether you prefer to use Facebook, Twitter, Instagram, it doesn’t matter. Use the hashtag #PCPENGUINS whenever you post at the wedding and we’ll be able to track all the photos you post! Start using it now!

Peter and I are elated! We are so excited and cannot wait to see everything that we’ve planned for so long come to light, and to be able to share this amazing day with you! The ceremony script is complete. The programs are in hand. The timeline is in place. The vendors are all on board. The wedding party gifts are wrapped. We’re ready!

Peter’s parents arrived on Tuesday and will be hanging out with my folks and us as much as possible before the wedding festivities. Next week, everyone else will begin to arrive. The Dearborn Inn will be filled with the sounds of British accents and crazy Yanks laughing and smiling. We’re taking over. It’s gonna be such a party!

Remember that we will post updates here on the site in the event of a change. Check the News section of our site to stay updated.

Peter and I spent this past weekend working on the ceremony and mostly what we will say during the exchange of rings. We found a website that had over a hundred different suggestions of things to say instead of the traditional, “I, Carrie, take thee, Peter, to be my lawful (awful -haha!) wedded husband… for richer, for poorer… in sickness and in health…” – you all know it! We found a version that really spoke to both of us and captured not only the beauty of marriage, but also reflects what we truly feel for each other.

We also finalized the handfasting verbiage portion of the ceremony. If you’ve never heard of or seen a handfasting ceremony, it’s quite cool! It’s an old Celtic ritual and literally is a binding of the couple’s hands with long cords or ribbons. It is also the origin of the phrase “tying the knot.” This was used long before Christianity and has made a recent resurgence as an alternative to traditional wedding vows.

Leave it to us to be extra thorough. We’ll have our own personally written vows, the handfasting, and the exchange of rings. Plus, we’ll have a reading, and the officiant has listed in the line-up “Carrie and Peter’s Story.” I’m looking forward to that!

On Tuesday I went in for my last formal fitting and my mom and I were blown away. All the worry about the border at the bottom disappeared as it looked absolutely perfect. It’s perfect. She had to take so much off of the length since I’m 5’3″ and the dress was made for someone 5’8″. She took off about 6 inches of material so I wouldn’t trip – lol! But everything lays nicely, the length is just where it needs to be, and all the other alterations came through. All that’s left is the addition of the bustle buttons for my train. She is storing it for me until the week before the wedding so they’ll have it professionally steamed and ready to go. I’ll try it on one last time to triple check that everything is still perfect, and I’ll be good to go!

As my Matron of Honor said, “It’s getting real now!”

I had a few people ask me today where we are registered for wedding gifts. Peter and I decided not to create a gift registry as we have all that we need in terms of household items. For those who would like to give us a gift, we would be absolutely thrilled if you provided a contribution toward our honeymoon on the French Riviera. 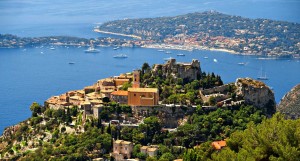 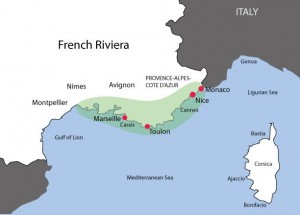 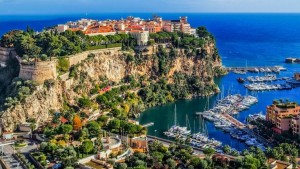 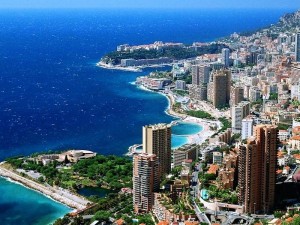 We are eleven weeks away from the big day!

Peter and I are planning the finer details for the ceremony and the reception. We finished choosing the table layout, and have an idea of the seating arrangements. Next up are final music choices, order of speeches, and confirming the details of the ceremony. It’s all coming together and we cannot wait to see the final result! Once we finalize the order of events, we’ll post them here so stay tuned!

One of the big things off the checklist are the wedding rings! They’re done, and we love how they look. The jeweler did a fantastic job and made us both happy. Sorry for the teaser, but you’ll have to wait until the big day before I post those pics!

The invitations were stuffed, stamped and sent off this morning! Yay! Please be sure to RSVP on the website. You will need to choose your dinner entree at that time.

You will likely have questions, such as, “Open or cash bar?” or “Is the ceremony inside or outside?” and this is where we will answer them. We will continue to post updates to the site all the way up until the big day. Travel Info, Gift Registry, and Venue pages have all been updated with answers to your questions.

If we missed something, please contact us and we’ll get in touch right away.

Peter and I made a lot of decisions on vendors today, and we accomplished a ton of wedding planning. We have interviewed and visited with several vendors and these are our top choices:

Once we get the contracts approved and deposits made, we’ll be well on the way to having this day planned. We were able to find Peter a wedding band and confirm the design for mine. Next up, Peter needs to shop for his wedding outfit. We also need to get formal invitations printed and mailed.